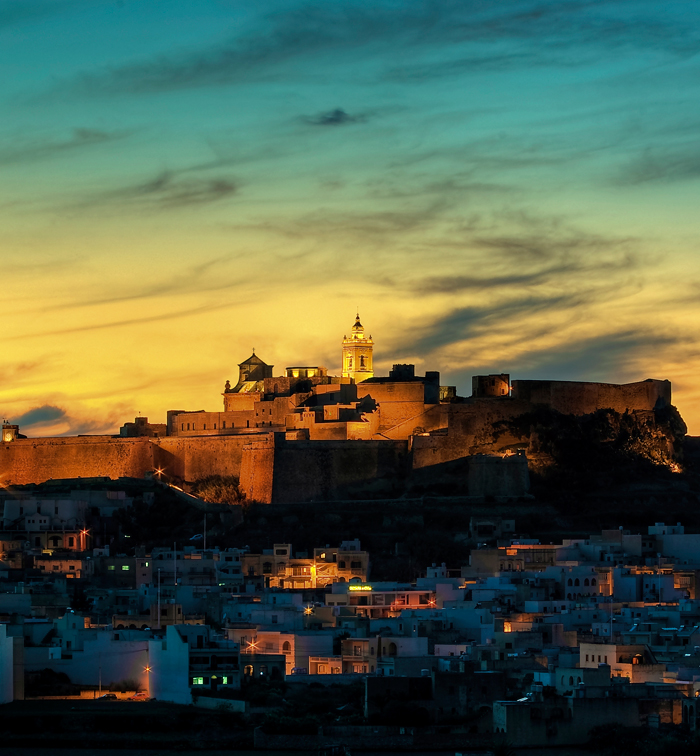 According to legend, Gozo was Homer’s isle of Ogygia, where the nymph Calypso held the Greek hero Odysseus as her companion, in a cave, for seven years. Today though, it seems that visitors willingly surrender themselves to Calypso’s charms.

The Maltese archipelago lies at the centre of the Mediterranean, consisting of three islands: Malta, Gozo & Comino with a total population of 400,000. The relationship between the Islanders and the various nationalities that occupied Malta over the centuries has created a marriage of styles and traditions, giving the Islands a fascinating eclectic culture. GOZO, or GHAWDEX [Awdesch] as it is locally known, lies 20 minutes away by ferry from Malta. Measuring about one third the size of Malta it has a character quite distinct from Malta. Flat-topped hills and intensely cultivated fields characterize the landscape whilst the coast has rugged cliffs, steep valleys and beautiful inlets. Baroque churches and old stone farmhouses dot the countryside. END_OF_DOCUMENT_TOKEN_TO_BE_REPLACED

The picturesque fishing village of Marsalforn is located on the northern coast of Gozo. This relaxed and friendly community offers a warm welcome to all. Shops, cafes, restaurants and bars line the harbour front, making a popular meeting place for both visitors and locals alike. A small beach at the centre of the bay and several rocky coves at the edge of the village, mean that various sunbathing and bathing spots are easily accessible. The village has also become the premiere diving centre on Gozo, with several scuba diving schools locating on the sea front. END_OF_DOCUMENT_TOKEN_TO_BE_REPLACED